A previous blog explained that: 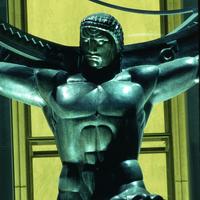 President Trump’s imposition of duties on steel and aluminum pursuant to Section 232, and the global reaction to it, bear out that assessment.

The United States has reached the limits of its ability to sustain the system.  Whether that frustration led directly to the election of Donald Trump, he is the embodiment of it now that he is in office.  The Section 232 tariffs were the first shot across the bow, reflecting the U.S. determination to use unilateral tools to protect its own interests where it feels the international system is not prepared to do so – or is not capable of doing so.

The Global Reaction Proves the Point

WTO Members’ responses to the 232 tariffs reflect their struggle to grapple with the new American resistance.  The EU saw Trump’s bet and raised it, taking the position that it can unilaterally declare the U.S. action to be a safeguard, and retaliate within 90 days.

Let’s play out the EU’s theory.  Whether or not a Member has called its measure a safeguard, or followed its own laws administering safeguards (in the case of the United States, Section 201, not Section 232), one Member can, on its own, declare the measure a safeguard.  What are the limits?  Raise your tariffs above the applied rate, even within the bound rate?  Safeguard!  Apply a measure to protect public health?  Safeguard!  Expand the use of geographical indications? Safeguard!

That kind of unilateralism would seem to be far more threatening to the integrity of system than the extraordinary invocation of the national security exception by the country that has uniquely played the role of market of last resort for at least 70 years.

The EU has since switched tactics and, anticipating becoming the market of last resort in the face of new U.S. tariffs, is looking instead at the possibility of imposing its own safeguards on other countries.  In the meantime, however, China – the Davos Darling that was going to be the new leader on trade – has picked up where the EU left off, unilaterally declaring the U.S. action to have been a safeguard, thus paving the way for retaliation without going through WTO dispute settlement first.

We now see with extreme clarity the gap most exposed by the U.S. retreat from global leadership. Who is willing to act as the honest broker?  Who will be the champion of the system, even when it comes at the expense of one’s immediate interests?  At a Ministerial several years ago, where the United States was running around trying to salvage the Trade Facilitation Agreement because the WTO had been unable to deliver any other multilateral agreements since its inception, one WTO Ambassador asked:

“Why is the United States so invested in the system? Why don’t you look out for yourselves”?

Now we know what happens when the United States does just that.

Trump Isn’t Causing a Trade War.  He’s Responding to One.

The mainstream press has been full of consternation about whether President Trump’s actions will cause a trade war.  Cause a trade war?  They are a response to a trade war.  This blog explained the various tools the Chinese have used to create a comparative advantage in steel and aluminum where none otherwise exists, and it identifies the other industries the Chinese have set their sights on.  There is already a trade war, and we have failed to devise a plan to combat it.  TPP was never going to be the answer.

There may be a legitimate question as to how to respond to this war, but there should be no question as to whether we respond to it.  For those who are fans of global action, take note of the Global Steel Forum, which has been holding talks on steel overcapacity since 2016.  Commerce Secretary Wilbur Ross characterized the existing global steel talks as a “debating society,” and why wouldn’t they be?  As long as the United States was acting as the market of last resort, there was no incentive to turn them into anything else.  Now, perhaps, there is.

Part of the reason we have collective anaphylaxis anytime tariffs are invoked relates to the lingering specter of the Smoot-Hawley tariffs of 1930.   The received wisdom is that these tariffs caused, or aggravated, the Great Depression, and any educated person therefore should react with horror when tariffs are imposed.  But recent scholarship tells that Smoot-Hawley is something of a scapegoat.  The real cause of the devolution of the global trading system in the 1930s?  The failure of an Austrian bank in 1931.  It was that bank’s failure, not Smoot-Hawley, that ultimately led to the beggar-thy-neighbor policies that frighten us so today.

Putting the Tariffs in Perspective

A thousand-point drop might seem like a lot.  But guess when else the stock market dropped a thousand points?

In February, when wages experienced “better than expected” growth.

Think about that.  Our stock market has an inverse relationship with trade constraints.   And wage growth.

Is that a coincidence?  Or are the two related?  Let’s look at our trade agreements and see.

The WTO has disciplines on our ability to impose tariffs on steel and aluminum (and everything else).  Does the WTO have disciplines on the ability of governments to inhibit wage growth?  No.

NAFTA has disciplines on our ability to impose tariffs on steel and aluminum.  Does NAFTA have disciplines on the ability of governments to inhibit wage growth?  Not really. Will NAFTA 2.0?  We’ll see.  As we speak, the Mexicans are in the midst of rolling back labor protections instituted as part of the TPP negotiations.

The U.S. trade agreement with Colombia has disciplines on our ability to impose tariffs on steel and aluminum.  Does it have disciplines on labor suppression?  Yes.  Are they enforced?  No.

Meanwhile, Colombia is poised to accede to the OECD despite a petition laying out longstanding concerns with the country’s compliance with labor obligations under its trade agreement with the U.S.

We like free markets for all our factors of production – except labor. And then we wonder why blue collar workers in 2016 were fed up with the system.

Putting the Stock Market in Perspective

And that takes us back to the stock market.  Our economy seems to have an adversarial relationship with wage growth.  Our trade agreements feed into that loop.  And so the real beneficiaries of our trade agreements are capitalists, not workers.  You don’t have to become a Marxist to draw that conclusion.  Just read the Economist:

Globalisation has disproportionately benefited the rich in part by rewarding capital more handsomely than labour.

Those who are challenging the status quo on U.S. trade policy should not be dismissed out of hand as illiterates.   Too many people reflexively shriek “Smoot Hawley!” when tariffs are floated, simply on the basis of freshman economics.  But even as we speak, respected economists, having gone a course or two beyond introductory economics, are now questioning whether trade theory is an accurate predictor in the real world.

Trade can be good.  But it doesn’t mean that trade on any terms is good, or that it’s good for everyone, or that we can’t have a better model for doing it.  The default thinking is that free trade (which doesn’t exist) facilitates market efficiency, and that is an end in and of itself.

But what happens when a free market the size of the United States meets a state-controlled market the size of China?  We know what happens.  We see it in steel and aluminum.  U.S. companies, subject to the constraints of profitability, go under, while the Chinese gobble up market share.  Countries like India, seeing China’s success, start to mimic the strategy.  State capitalism seems to be contagious.

If you like free markets, then you should be worried indeed about a trade war – that is, the one that was well underway before Donald Trump was elected.  The one that may have delivered him the White House to begin with.

Just as the stock market has corrections, so does the global trading system.  We are in the midst of such a correction now.

Famines, Gluts, and Free Trade
April 29, 2020
Joe Biden Wants to Be One of the Most Progressive Presidents Since FDR.
Here’s What That Means for Trade.
April 21, 2020