Getting Past the Polarized Debate over Trade 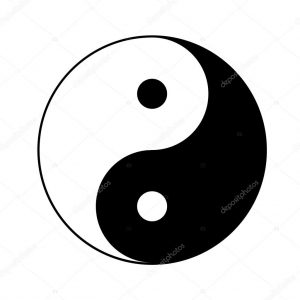 The debate over trade policy seems to lead to only two possible views:  on one side, trade is responsible for the decline of the American middle class; on the other, trade is always beneficial, regardless of the rules.  Each side has a pejorative label for the other, so that we live in a world where you are either a “protectionist” or a “globalist.”

That’s theory.  What about the real world?  Last year, the U.S. International Trade Commission published a study that evaluated the results of three decades of U.S. trade agreements.  The ITC’s research in effect confirmed both theories.  Net welfare increased; but so did the gap between skilled and unskilled workers.  None other than the Economist concluded that globalization favors capital over labor.

If trade is net beneficial, then putting a stop to all trade agreements would be harmful.  If trade exacerbates income inequality, then pushing through any trade agreement regardless of its terms would also be harmful.

Trade agreement advocates must come to terms with the fact that the other side can no longer be dismissed.  Skepticism of globalization has fueled the political upheaval the world has witnessed in the past year.  And numbered among the skeptics is the President of the United States.

With the renegotiation of NAFTA comes an opportunity.  Forward-thinking businesses will recognize that the sustainability of the global trade regime depends on buy-in from a broader segment of the population than just big business.  That can be done any number of ways, whether it’s thinking beyond trade policy toward a broader competitiveness program, as we did in 1988; actively supporting retraining programs such as Trade Adjustment Assistance instead of dismissing it as Labor’s problem; or supporting enforceable labor and environment provisions – including actual enforcement of those provisions.

President Trump has blurred the lines between “Republican” and “Democratic” trade policy.  He withdrew from the Trans-Pacific Partnership and launched a renegotiation of NAFTA.  His trade representative has said he wants bipartisan support for whatever deal is reached.  The new trade team is not operating from the premise that any deal is a good deal, no matter what’s in it; and so the old days of blithely citing Econ 101 as a justification for whatever trade deal is pending are gone.

If businesses want to avoid a repeat of the demise of TPP, then they, too, need to blur the lines.  Where they have traditionally focused on maximizing their own parochial benefits under an agreement, they would do well to evaluate these agreements holistically, supporting a broad set of rules that are good for the U.S. economy, including workers.

In the aftermath of the Brexit vote, former Canadian politician Michael Ignatieff issued a sober wake-up call:  “It is not the anger of globalisation’s losers that ought to worry us most, but the blindness of its winners.”  The winners have the opportunity to reshape these agreements in a way that broadens the benefits.  Now is the time to seize that opportunity.

Revisiting Adam Smith:
Monopolists, Tariffs, and the Working Class
August 5, 2020
In Honor of John Lewis:
Trade, Labor, and the Soul of the Country
July 18, 2020