The Myth of the Global “Free” Market 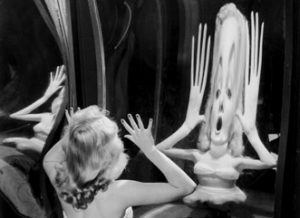 According to Politico, a “coalition of free-market advocacy, business and nonprofit groups is urging the leaders of the Senate Finance Committee to press forward on new legislation curbing the president’s tariff authority.”

Ah, the siren song of the free market.  But does anyone really think the global trading system is characterized by “free” markets?  A glance at this OECD report on aluminum shows the breadth of the distortions in just one industry.  And the culprits aren’t only the obvious suspects, like China. They include our besties north of the border, and rich countries like Bahrain and Saudi Arabia. They all subsidize their industries, sometimes at the direct expense of U.S. jobs.

Ok, fine. Maybe global markets aren’t free. But that doesn’t mean the United States can’t have free markets, does it?  Yes, it does.  That’s what happens with economic interdependence.  Your market affects my market.  Look at what happened in steel and aluminum: the United States played along with the theory that laissez faire takes care of everything.  The result?  Again, as the OECD found, the United States ended up eating the smelter closures and job losses, while the subsidizers gobbled up market share.

The glib refrain is that we shouldn’t care if all these other countries subsidize their industries. We, as consumers, benefit from the resulting lower prices.

This is a short-sighted view indeed.  As an initial matter, it ignores the risks of predation.  The Chinese have already admitted to U.S. courts that they instructed their exporters, having cornered the vitamin C market, to gouge American buyers.  That doesn’t sound like it’s good for consumers.

Aside from predation, our friends at the OECD point out that these subsidizing countries don’t intend to limit their vision to raw inputs. They create subsidy “hotspots” that are designed to move all the way through the value chain.  So the companies benefiting from low-cost inputs today are the very ones who will be in the cross-hairs tomorrow.

Perhaps more significantly, these activities aren’t limited to a few discrete industries. As the Chinese government has made clear, the goal of Made in China 2025 is to replicate this model with every major industry where the United States considers itself competitive: aerospace, advanced vehicles, information technology, and pharmaceuticals.

And the Chinese model is contagious because it works, at least in terms of job creation.  However, it’s both inefficient and expensive (China is sitting on a huge debt bubble).  When facilities are built based on considerations divorced from the market – for example, to create jobs in a particular region — it becomes exceedingly challenging, as a political matter, to shut these facilities down.  It requires you to put employees, also known as voters, out of work.  That is part of the reason nobody, including our allies, was willing to address the overcapacity crises in steel and aluminum even when someone as pleasant as Barack Obama was in office.  As long as the United States was the one absorbing the consequences, our friends didn’t believe they needed to play ball.

Of the 100,000 Rust Belt voters who delivered Trump the election, how many were steelworkers?  We don’t know.  But it’s worth keeping the question in mind the next time someone blithely comments that unemployed steelworkers should just learn to code.  It’s easy for elitists to fetishize economic theory, claim that American manufacturing workers will all become service providers, and argue that’s the way it’s supposed to work.  But in the real world, there is no Invisible Hand coming down the chimney to put jobs under the tree.  In fact, if we take a look at Adam Smith’s actual analysis, not the sound bite version, he makes the case that tariffs can be useful if your goal is to achieve open markets:

There may be good policy in retaliations of this kind, when there is a probability that they will procure the repeal of the high duties or prohibitions complained of. The recovery of a great foreign market will generally more than compensate the transitory inconveniency of paying dearer during a short time for some sorts of goods.

(Not to mention that, per Smith, tariffs are also valid  “when some particular sort of industry is necessary for the defence of the country.”)

Trump is often dismissed as a protectionist. It’s not that simple, though. He’s the one who proposed to our six closest friends that we all get rid of our tariffs. The response? Free trade drum major Angela Merkel came to the rescue of her panic-stricken colleagues, declaring that it would take lots of time and intense negotiations.  What’s to negotiate? Everyone goes to zero.

If you like free markets, then – assuming you are a true fan of Adam Smith – you should be fine with tariffs as a means to the end of actually achieving those free markets.

Even Wall Street seems to be catching on.