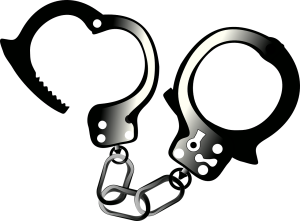 Typically, trade agreement marketers rely on gains to GDP to explain why the agreements are worth doing. (Of course, in 2016 the U.S. International Trade Commission concluded that all these bilateral and regional trade agreements combined added a mere .2% per year to GDP.)

Herein lies the conundrum: the existing NAFTA already provides duty-free treatment among the parties. So those looking to identify GDP gains from NAFTA 2.0 as part of the pitch to pass it must look elsewhere.

In evaluating the new agreement, the U.S. International Trade Commission turned to regulatory disciplines in the digital trade provisions to come up with these gains. (SPOILER ALERT:  An upcoming blog is going to question the validity of GDP itself as the principal metric by which we evaluate not just trade agreements, but the economy itself.)

The number the ITC came up with is not as important as the theory underpinning the number:  the benefits are due to reductions in “regulatory uncertainty.” (What they meant was “trade policy uncertainty,” but the phrases are used somewhat interchangeably. The concerns over conflating those two concepts are discussed further, along with other issues, in this paper.)

Put differently, these provisions either lock in existing rules, or lock in a lack of rules at all. That means none of the parties to the agreement can change the rules without being in violation of the agreement itself.

The digital trade rules being memorialized in the new NAFTA reflect a desire for increased liberalization.  This isn’t just because trade agreements themselves reflect a pro-liberalization attitude, but also because since the 1990s, our attitude toward technology itself has been pro-liberalization. Professor Kevin Munger from Penn State explains what is referred to as the Palo Alto consensus:

American-made internet communication technologies . . . should be distributed globally and . . . governments should be discouraged from restricting speech online. Its proponents believed that states in which public discourse was governed by ‘everyone’ – via social media and the internet – would become more democratic.

But he also says that consensus is now under siege, as the relationship between the internet and extremism have become a prominent subject of public discourse. The current focus on this issue in particular centers on a provision in U.S. law that shields companies from liability for the content on their platforms, and whether the right balance has been struck. To what degree are Facebook and YouTube doing enough to address the destructive uses of their platforms, and should regulators do more?  Yet amidst this debate, current U.S. law is memorialized in the New NAFTA, to the bipartisan consternation of powerful Members of Congress.

If Congress is starting to ask itself whether the existing domestic rules governing tech are right, then is regulatory certainty necessarily the good thing the ITC presumes it to be?

We tend to assume that liberalization will benefit us because our companies lead the pack.  But we went down this road with manufacturing. When we signed onto the GATT, we felt we had such an edge in manufacturing that we could afford to give away some of these jobs in the name of stabilizing Europe and Japan and fighting communism.  By 1962, Congress was so annoyed with the execution of this policy that it created a new agency, the predecessor to USTR, to pay more attention to the interests of domestic companies and their employees.  As President, Richard Nixon concluded that the United States had lost its manufacturing edge, but eventually gave up doing anything about it and instead turbocharged the power of multinationals through what became the Trade Act of 1974. More recently, economists have acknowledged that they miscalculated the effects on manufacturing of letting China join the WTO.  The Rust Belt was hit by the China Shock, Trump won states he was supposed to lose, and here we are.

Who’s to say the same thing won’t happen with tech?  Why are we always so confident that liberalization on its own will serve our long-term interests?  Perhaps it will – but we don’t seem to be having a conversation about it.  And this is worrisome not just because these rules are to be locked in through NAFTA 2.0, but because there are e-commerce negotiations going on at the WTO – the same type of plurilateral negotiations that let non-signatories free ride off whatever deal is struck.  The previous blog floated the idea that it’s just that kind of blind faith in liberalization that may have facilitated the rise of Chinese telecommunication companies like Huawei – and the fall of Western ones.

Are we laying the groundwork for a redux with tech?