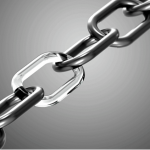 On June 6, Inside Cybersecurity had a webinar of government and American industry voices to discuss Huawei, 5G, and cybersecurity.  The panelists’ main concern is the myriad ways hostile actors, including state actors, can exploit supply chains to engage in nefarious activities. Huawei, which has a prominent position in the race to 5G thanks to Chinese government intervention that facilitates insane price undercutting, takes orders from the Chinese intelligence community.

Here are 5 trade takeaways from the Huawei controversy.

During the Great Trade Promotion Authority Fight of 2015, the chatter was all about “global value chains.”  The phrase is repeatedly enshrined in the legislation.

Huawei is exposing, very vividly, the downside of the deification of “global value chains.”  What’s cheap to a multinational corporation might be very dear to American national security.  And might eventually pose an existential threat to the MNC itself, as the Chinese government’s commitment to Huawei highlights.

Senator Mark Warner – who knows a thing or two about telecommunications — has lamented the demise of Western telecommunications equipment manufacturers.  Well, that’s what Chinese industrial policy does: drive market-oriented companies out of business. The most striking part of the webinar was industry acknowledgment that supply chain risk has been a problem for decades.  And nobody seems to have done anything about it.

In light of the webinar, this kind of plea – we need to fight China, so let’s import stuff from China — sounds off-key.  We should be moving away from supply chain dependency on China, not affirming it.

(2) The WTO Information Technology Agreement — a.k.a. tariff liberalization — may have produced this outcome.

In the 1990s, it was hip to put all your faith in unfettered capitalism.  Econ 101 prevailed:  just unilaterally remove your tariffs, and good things will happen.

That’s what we did with the ITA, which a subset of WTO Members agreed to in 1996, eliminating duties on information technology products.  Except that only some countries were willing to do it. And under the WTO’s rules, countries that went to zero had to extend those benefits even to WTO Members that didn’t go to zero.  That type of agreement is a “plurilateral.”

What a boon for China, which didn’t join the ITA until 2003, despite being a major player in information technology manufacturing.  Control imports, subsidize your industry, take over the market.  When Senator Mark Warner commented on the evanescence of Western telecommunications equipment manufacturers, it struck me:  is the ITA responsible?

The answer to the negotiations impasse at the WTO seems to be “hey, we’ll do plurilaterals instead!”  If the theory that the ITA produced Huawei is correct, then we should think very carefully about repeating the mistake.

(3) This is what you get when liberalization is an end, not a means to an end.

The libertarian model of trade that both parties have embraced for decades posits that liberalization is an end unto itself.  The only thing that matters is an economist’s myopic fealty to “efficiency.”  If deplorable working conditions are efficient, that’s ok.  If degradation of the environment is efficient, that’s ok.  It all works out in the end, because equilibrium.  Except that governments intervene to frustrate equilibrium – this is precisely why the labor issues in the new NAFTA are so prominent, as just one current example.

Sometimes you want redundancy, not efficiency.  Which the Pentagon has noticed.

Huawei is forcing us to reckon with a threat that is variously described as national security, economic security, and geopolitics.  On the webinar, it was as if the confluence of these things was to be lamented. Understandably so, because of the way the President describes Huawei as a national security threat one day, and as leverage for a trade deal the next. Senator Warner and unlikely bedfellow Senator Marco Rubio don’t like it.

As people jump on the supply chain bandwagon (come on board, there’s room for everyone!), they’re also jumping to the wrong conclusion – TPP.  It happened just this week at this otherwise extraordinary Senate Finance Subcommittee hearing.

Now that we’re talking about supply chains as risks, not just sources of “value” for multinational arbitrageurs, can we finally pay attention to the actual rules in TPP?  Instead of fantasizing about the ones we think are in there, let’s look at the actual rules, and recognize that they were designed to maintain Chinese supply chains.  Ergo, TPP was not going to address the China supply chain problem.

Put more succinctly, as a matter of logic, how can you form a bloc to exclude a country that is allowed to contribute the vast majority of the content to the industrial products being traded?  Moreover, when tariffs are zero on an MFN basis (i.e., everyone in the world except say Cuba, North Korea, and Iran gets duty-free treatment) — as they are for many information technology products — rules of origin in trade agreements are meaningless.  You cannot incentivize changes in supply chains within Asia when China already has duty-free access to the U.S. market. Hence the importance of being very careful about we do with WTO plurilaterals.

We need another answer.

An unpleasant fact for trade theologians to come to terms with:  manufacturing is shifting, rapidly, from China to Vietnam and Malaysia.  But it isn’t because of TPP-11. It’s because of the China tariffs.  Supply chains are moving so significantly that, after years and years and years of U.S. frustration, Vietnam has finally decided to crack down on transshipment of Chinese merchandise as Vietnamese merchandise.

If the U.S. geostrategic goal is stronger countries in Asia not named China, then the score seems to be Tariffs, 1, Liberalization, 0.

The NAFTA renegotiation does not seem to have been coordinated with the Administration’s efforts to rein in Made in China 2025, as noted here.  The SOE language is somewhat broader.  But it’s not really going to change anything.

Fine, if not TPP or NAFTA, then what?

Now that we’re in the process of reducing our supply chain dependence on a hostile foreign power, we need to figure out what rules to put in place so that we are not in this position again.

Good news. The founders of the global trading system recognized this threat a long time ago (hello, Soviet Union). Contrary to the folkloric version of what happened after World War II, they did not believe that liberalization in and of itself would produce peace and prosperity.  They recognized that tariff cuts combined with free movement of capital would lead to the kind of destabilizing arbitrage we’ve been experiencing for decades.  Their solution was enforceable labor standards, disciplines on foreign investment, antitrust rules, and redress for currency manipulation.  The American business community balked — liberalization only, please — and as a result of this libertarian model, including the admission of a major non-market economy to the WTO, we are overly dependent on supply chains rooted in China.

Jamie Dimon uses the Business Roundtable as a platform for talking about the perils of socialism. If he’s so keen to save capitalism, which is arguably in greater danger of being supplanted by Chinese state capitalism than domestic socialism, maybe he can use the Business Roundtable as a platform for supporting what the founders of the global trading system — capitalists themselves — originally envisioned.  Indeed, there’s no one better than the head of the BRT – a former USTR general counsel – to help business see the light.