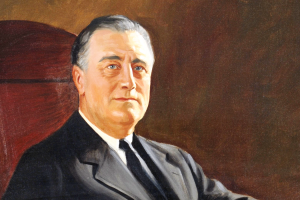 The following is an executive summary of a paper submitted to the Institute for Corporate Governance and Finance Conference A New Deal for a New Century: Making Our Economy Work for All.  Papers for the conference, including the full version of the summary below, can be found here.

Too often, the debate over trade devolves into tribalist claims that one side is protectionist and the other is globalist. This bifurcation obstructs a constructive discussion of how trade agreements can be reformed so that they serve the interests of a wider group of stakeholders. The founders of the global trading system recognized that a properly functioning regime requires a balance among interested parties. Contrary to popular belief, they did not believe that global laissez-faire would produce peace and prosperity on its own.  This balance was reflected in the Havana Charter. The American business community persuaded Congress to reject it.

Because of this popular misunderstanding of the vision of the post-World War II architects, many have come to believe that intent was to create a laissez-faire regime, that more trade is always better, and that trade agreements are inherently positive instruments. As a result, that has been inadequate oversight of just what these trade agreements do.

Trade can be a force for good. But, beginning with a rejection of the rules FDR and other sought to include in the global trading system and continuing for decades thereafter, trade agreements have come to reflect multinational corporate capture, with a focus on increasing returns to capital. This capture does not inherently serve the public interest. Promoting returns to capital while reducing the returns to labor creates the kind of instability that FDR sought to avoid. Moreover, as climate change takes on increasing importance, the system’s bias in favor of capital and against environmental protection leaves the global trading regime open to criticism that it is not fit for purpose in the modern era.

Having played such a pivotal role in blocking the Havana Charter, which would have set a more equitable framework for global trade, the American business community can now play a pivotal role in restoring public confidence in the global trading system. A simple place to start is to endorse the Havana Charter itself, and to embrace a discussion of the substantive ways in which changes to the WTO and to bilateral and regional trade agreements can serve the interests of a broader array of stakeholders.