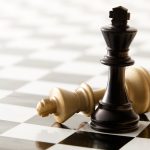 In the last blog, we talked about the SOE chapter. It lays out some interesting rules on anticompetitive behavior; but those rules only apply to state-owned enterprises.  If the goal is to discipline state capitalism, that chapter won’t do it.

This is not a new issue, despite what the WTO would have you believe. Indeed, the Havana Charter – which was supposed to be the founding document of the multilateral trading system – included an entire chapter on anticompetitive behavior.  This is just the first paragraph:

Each Member shall take appropriate measures and shall co-operate with the Organization to prevent, on the part of private or public commercial enterprises, business practices affecting international trade which restrain competition, limit access to markets, or foster monopolistic control, whenever such practices have harmful effects on the expansion of production or trade and interfere with the achievement of any of the other objectives act forth in Article 1.

You’ll find none of that in the NAFTA competition chapter.

Even more recently than that the United States recognized the overlap in competition issues between private and public companies.  In KORUS, they’re both housed in one place:  the competition chapter.

Why break them apart?  You could argue that the SOE issues deserve their own chapter because of the increasing concern over their prominence globally.  Or, you could argue that having all those SOE disciplines in a competition chapter would lead people to think those disciplines should apply to all companies – public or private – not just ones that happen to be state-owned.  Why would companies want to give up access to such extraordinary government largesse?  Just eyeball the goodies in the OECD aluminum report, which went to companies that aren’t just state-owned – and aren’t just Chinese.

It’s almost a meme to talk about a “whole of government” approach to solving problems.  But what are we doing on trade?  We have chapters that are siloed, one from the other, with seemingly no overarching strategy about how these agreements are going to facilitate what the OECD refers to as “fair competition in the global economy.”

We brag that we’re setting the rules for the road, but a road to where?  Is there a map?  Or are we just fumbling along, taking prior trade agreements and tinkering with them here and there before we move on to the next shiny object?  Even the new NAFTA seems, with a few important exceptions, mostly just a tweaking of TPP.

We can do better.