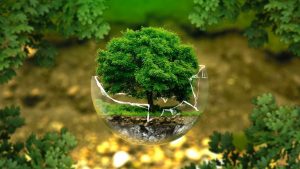 Although the Trump Administration is no friend of environmental groups, the current U.S. Trade Representative has, as we have noted before, enforced environmental provisions under the U.S-Peru trade agreement.  In that context, it is not as surprising as it might otherwise be that the NAFTA 2.0 environmental chapter contains new, positive provisions.

However, on the whole, the chapter is more of a missed opportunity to make meaningful progress on addressing environmental issues involving the global commons.  This is particularly true given the Trudeau government’s emphasis on its “progressive” trade agenda.  In many respects, Canadians and Europeans are no more progressive on trade than House Republicans such as outgoing Speaker Ryan, and perhaps less so.  Whereas Speaker Ryan has consistently supported the 2007 bipartisan agreement (“May 10th”) to have enforceable environmental obligations in trade agreements, Canadians and Europeans only appear inclined to do so when Americans are at the negotiating table.

Similar to labor, May 10th requires environmental obligations to be fully enforceable and prohibits parties from weakening their laws to attract trade or investment.  It also requires parties to adopt, maintain, and implement laws and regulations implementing seven multilateral environmental agreements (MEAs).

A lengthier discussion of these issues, and the environment chapter, can be found here.

TPP Doesn’t Address the China Problem.
But With These Four Changes, It Might
April 13, 2020