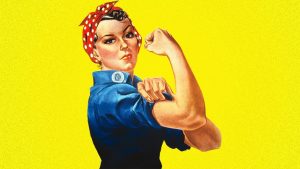 To those outside the trade world, it might seem like a foregone conclusion that the Trump Administration’s renegotiation of NAFTA would contain provisions hostile to, rather than supportive of, organized labor.  However, trade has been the anomaly in this Administration.  As we have pointed out before, the President has consistently borrowed Democratic talking points on trade.  The NAFTA labor chapter is no exception.

That said, the Administration’s trade record on labor is mixed.  Below is a summary of the provisions, and the issues.  A fuller discussion can be found here.

The chapter is generally consistent with the standard applicable to U.S. agreements since 2007.  Parties have to implement core labor standards; parties are prohibited from rolling back their laws in a manner affecting trade or investment; and the obligations are enforceable using the same dispute settlement mechanism as other chapters in the agreement.  There are concerns about the effectiveness of the Agreement’s dispute settlement mechanism in general, but that issue will be tackled in a future blog.

There are also new provisions, some of which are groundbreaking.

Although these provisions are important, they also include some unnecessarily weak language, which diminishes their potency.

There are also some issues.

There is an annex specific to Mexico, which has had longstanding issues with labor.  The disciplines in the Annex are very good.  However, as noted above, there are concerns about the political will to enforce these provisions.  Moreover, in TPP the United States had negotiated a side letter with Vietnam that allowed the United States to suspend benefits if Vietnam did not comply with its labor commitments.  No similar mechanism is included here (although there is a reference to the potential for delaying the Agreement’s entry into force).