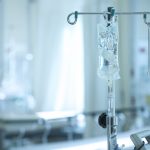 One of the goals of this blog has been to facilitate an understanding of the backlash against the global trading system.  That system is characterized by a broad set of rules that are complex — opaque, even — with which few are familiar, even many of those staunchly defending the status quo.  An improved understanding of these rules, how they operate, and whom they benefit sheds light on why it is dangerous to dismiss criticisms of the current regime as a paroxysm of populist ignorance. Until criticisms of the system are understood, instead of dismissed out of hand, the system cannot be repaired.

In that vein, we turn next to the question of access to medicines.  The most recent NAFTA blogs discussed labor and environment, two pillars of the May 10th agreement between House Democrats, House Republicans, and the Bush Administration in 2007 to modernize trade agreements.  Access to medicines is a third pillar of May 10th.

This paper goes into more detail about the history of including intellectual property (IP) in U.S. trade agreements.  In short, IP went from a single paragraph in the U.S. Israel trade agreement to an entire chapter in the new NAFTA that is longer than the text of the U.S.-Israel agreement itself.  Many of these provisions govern pharmaceutical products – drugs and biologics – and there has been a longstanding tension between the desire to promote innovation by granting inventors exclusive rights on the one hand, and providing people with access to affordable medicines on the other.

In the run up to the May 10th deal in 2007, House Democrats had been concerned that the IP provisions went too far in the direction of protecting IP at the expense of access to medicines in developing countries.  May 10th covered four main issues in that regard:

There’s an additional issue of increasing importance, which was not addressed by May 10th:  evergreening.  Evergreening is the practice of having patent protections extended beyond the initial 20-year term.  Concerns have arisen with respect to language in U.S. trade agreements that arguably facilitates evergreening.  The language, found in the new NAFTA, makes patents available for “inventions claimed as . . . new uses of a known product, new methods of using a known product, or new processes of using a known product.” This language is not found in TRIPs.  However, it is not new to NAFTA 2.0; it was, and remains, in TPP-11, and similar languages dates back to earlier U.S. agreements, such as the U.S.-Korea trade agreement. (Article 18.8.1)  Critics of this language contend that it allows companies to obtain a new 20-year term through something less than a genuinely new invention.

As noted above, May 10th was primarily focused on access to medicines in developing countries.  In principle, however, there is no reason May 10th cannot be applied to developed countries as well.  The IP chapter is, as we have noted before, extremely prescriptive compared to other chapters, going so far as to provide for criminal penalties in the case of certain IP violations.  Mandating such specific remedies is not the norm in trade agreements.

Indeed, once the United States withdrew from TPP, the remaining parties chose to suspend the application of many of these provisions. While previous blogs have emphasized the unique role the United States has played in pushing for stronger labor and environment rules in these agreements – the so-called “progressive” agenda — the American role has also been to insist on pharmaceutical rules that other countries find excessive.

As this blog has noted before, the IP provisions in U.S. trade agreements are not limited to transactions that actually involve trade or investment between the parties. That is different from the labor and environment chapters, which can only be enforced to the extent the violations in question affect trade or investment between the parties.  For that reason, the IP chapter is often seen as the poster child for the efforts of corporate America to use trade agreements to impose regulatory constraints on foreign governments by including provisions that have nothing to do with trade. And these constraints don’t just apply to foreign governments:  if Congress in fact decides to shorten the biologic period of exclusivity to seven years, the United States would be liable to challenge under NAFTA.  (We’ll discuss the NAFTA dispute settlement system in a subsequent blog.)  These are the kinds of constraints that are hard to square with Trump Administration concerns over trade and sovereignty.

There is also the question of who benefits from these provisions.  They aren’t tied to pharmaceutical products that are actually made in the region.  That means these provisions don’t necessarily create jobs here, as opposed to say Ireland or Switzerland.  To the extent these provisions serve to increase monopoly rents, the benefits would seem to go to the rightholders themselves: the companies.  The justification for that is arguably that companies need to recoup their investments.  R&D is expensive.  But if that’s the case, then why do they spend so much of their extra income on share buybacks?  Why do they reportedly spend more on marketing than on research?

Domestically, the Trump Administration recognizes that pharmaceutical prices are a problem and talks about lowering them.  It’s not clear how the new NAFTA provisions align with that goal.

To summarize, the beneficiaries of these provisions are pharmaceutical company shareholders and executives — largely the monied classes.  The provisions themselves aren’t tied in any way to the region itself, the benefits of which inure to people who may or may not be citizens, or even residents, of any of the parties to the agreements.  The provisions seem to encourage the very pricing regimes that are so controversial domestically.

The Pew Foundation finds that 83% of Americans consider pharmaceutical companies to have too much power. For the victorious, this last election cycle was about health care, health care, and health care.  A previous blog talked about the metamorphosis of U.S. trade policy from improving trade in goods to facilitating returns to finance.  In that context, it is no wonder that the dispossessed have become trade skeptics.  We know from theory and reality that trade exacerbates income inequality. But rather than mitigating that inequality – even as it continues to grow — our trade policy increasingly operates to aggravate it.

It may make perfect sense to have strong IP provisions in trade agreements. But as long as the beneficiaries are corporate executives, shareholders, and pharmaceutical employees in tax havens, don’t be surprised that these agreements continue to be viewed by many as the byproduct of crony capitalism. Even pro-trade publications such as The Economist agree that globalisation favors capital over labor.

To quote Michael Ignatieff, former leader of the Liberal Party in Canada:

[I]t is not the anger of globalisation’s losers that ought to worry us most, but the blindness of its winners.