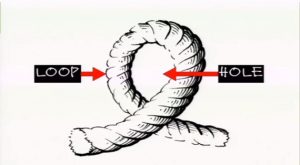 We’ve talked about one loophole in NAFTA called “de minimis.”  In addition to rules of origin that already allow a certain amount of content originating from outside the region, the original NAFTA contains a loophole that allows an extra 7% on top of it.  The Trump Administration, in a position completely at odds with its China policy, has raised that percentage to 10.  So, 3% more Chinese stuff can be folded into a good that’s considered NAFTA-originating.

But it’s not that de minimis issue that has tongues wagging at the moment. There’s a second one. As Pro Publica reporter Lydia De Pillis explains, as a matter of domestic policy, the United States has an $800 import threshold, below which goods enter duty-free.  As part of our trade negotiations, we have been trying to force our trading partners to adopt the same $800 loophole. Many have balked.

Rightly so.  Other countries recognize that their tariff schedules are carefully negotiated to balance various domestic competing interests – including those of domestic producers who face imports benefiting from environmental, labor, and tax arbitrage, as well as subsidies.  They’re not interested in end-runs around the tariffs they’ve chosen to keep in place.

Why Do Importers Get a Better Deal than American Tourists?

Let’s look at the $800 exemption in the context of tourists.  Anyone who has traveled outside the United States has filled out a customs declaration on the way back in.  You get to bring in $800 duty-free – but you need to have been gone 48 hours, no more than once a month. Why? Because without the time constraint, it would be … a giant loophole. You could spend all day driving back and forth to Canada or Mexico and bringing back $800 of worth of stuff made anywhere in the world.

The $800 exemption we’re talking about in the context of the NAFTA negotiations doesn’t have any two-day conditionality. It’s supposed to be $800 once a day – though it’s not immediately clear how that’s enforceable, or enforced.  So, as Pro Publica explains, it’s just a plain old loophole, and one that, with burgeoning e-commerce, has become a scheme for avoiding duties the United States has carefully negotiated.

Bear in mind that countries like India and China have average bound tariff rates of 50.8% and 10%, respectively. The average U.S. bound rate is just 3.4%.  We’ve capped ourselves below what our WTO partners have, and far below many of them.  Why tilt the playing field still further in their favor?

Small Business as the Human Shield

This particular exemption is being sold as a way for small businesses to avoid red tape.  The Peterson Institute fell for it.  Lamenting the possibility of reducing the $800 threshold, which is what Ambassador Lighthizer wants the power to do, the think tank contended that “[f]oreign sellers or US buyers will have to fill out lengthy customs forms.” In 2017, Etsy was trotted out to make the case that this is about bureaucratic obstacles for small business.

But it isn’t so. We already have a mechanism for helping businesses avoid red tape for small value shipments – it’s called an informal entry.  The informal entry threshold is actually much higher than the de minimis threshold: $2500.  This shows us that you can simplify the customs process without waiving the duties.  In fact, the rules specifically point out that goods that enter under the $800 exemption are eligible for informal entry. This infographic shows the difference between formal and informal entry requirements.

These two issues — red tape and duty-free treatment — became conflated in trade agreements thanks to a collaboration between express shippers and USTR, way back when.  Take a look at the U.S.-Australia agreement from 2004.  In Article 6.10, you see the express shippers making the case that stuff that is meant to cross borders quickly should benefit from expedited processes. That’s not unreasonable. They’re express shipments.

Now let’s look at the U.S.-Korea agreement, concluded just a few years later.  What do we have here!

Each Party shall adopt or maintain expedited customs procedures for express shipments while maintaining appropriate customs control and selection. These procedures shall . . .  under normal circumstances, provide that no customs duties or taxes will be assessed on, nor will formal entry documents be required for, express shipments valued at 200 U.S. dollars or less.

Voila, provisions to cut red tape on express shipments become provisions to provide those shipments with duty-free treatment, even though one has nothing to do with the other.  And this is now such an effective marketing pitch for business that it hoodwinks even people who consider themselves trade experts.

If we want to help small business cut through red tape in Canada or Mexico, then we should do that – not pretend it’s about duty-free treatment.

Is This a Dumb Thing to Do When We’re Trying to Build Regional Blocs?

Yes. It makes very little sense to include provisions like this in bilateral or regional trade agreements, of all things. These agreements are supposed to foster bilateral and regional trade blocs, with integrated supply chains. How does mandating duty-free treatment for goods not made in the region comport with the larger purpose of the agreement?  It arguably undercuts it.  See above, about other countries’ WTO rates.

Note that the figure in the Korea agreement is $200.  That’s what the exemption was back then. Congress upped it to $800 when it passed a big customs bill in 2016.  That was moving at the same time TPP was being negotiated, but the TPP parties had no interest in putting a dollar figure in the agreement.  So, TPP simply provides that each party will determine the de minimis amount in its own law. Our trading partners understand all too well that provisions like that harm their domestic producers – and domestic revenue.

Indeed, precisely because this loophole benefits Chinese stuff as much as American, it may be just as likely to hurt American small businesses.  The small business owner on Etsy, for example, is probably making these products here, but the loophole is equally available to their counterpart in China. And then there are brick-and-mortar stores that the Pro Publica article discusses.

If cheaper goods to consumers is the justification, then this is just another version of the consumerism that underpins the flaws in our attitude toward trade. And consumerism is hard to square with growing concerns about how we’re treating the environment. We can do better.

The de minimis battle in NAFTA should be highlighting just how bad these loopholes can be for regional trade integration – especially as the Chinese government unwittingly makes the case for decoupling our economies.

The Secretary of the Treasury already has the power to lower de minimis if it’s causing revenue loss.  That alone is a good reason not to put hard dollar amounts on de minimis in our trade agreements. More than that, though, maybe we should be spending more time talking about how to discipline this metastasizing loophole, instead of trying to export it to Canada, Mexico, and anyone else who negotiates a real deal* with us.

*Japan deal not a real deal.