According to a recent poll, a novice politician, J.D. Scholten, is giving long-standing incumbent Steve King a run for his money in Iowa, trailing King by one percentage point.  How is he doing it?  One of the issues Scholten is raising is the effect of corporate concentration on farmers.  Senator Cory Booker joined Scholten at an event to discuss the issue, which Senator Booker himself raised at an Open Markets Institute symposium earlier this month.  For Senator Booker, the question is why farmers are living at or below the pov 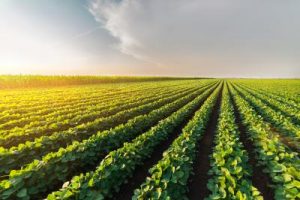 erty line, laden by debt. He thinks the answer lies in corporate concentration in the agri-business sector, with the view that it enables major corporations to profit at the expense of the farmers who actually grow our crops.  Senator Booker had previously introduced a bill to hit the pause button on agri-business mergers for just this reason.

What does this have to do with trade?  If you’re a trade wonk, you have to wonder why farmers are suffering.  We consistently tout agriculture as one of our most globally competitive sectors.  The explanation for our farmers’ woes doesn’t lie with our trading partners’ retaliation against the President’s tariffs; these woes predate the retaliation by years.

Trade agreements are sold as opportunities to increase agricultural exports, and the iconography of the American farmer is invoked to make being in favor of “free trade” something approaching a patriotic duty.  We already have a web of trade agreements designed to open new markets for our farmers, yet these agreements – with our neighbors in North America, as well as countries in Central America, South America, Korea, and Australia, among others – don’t seem to be bringing prosperity to our farmers.  If the problem is structural (and Senator Booker argues it is, with farmers having no market power as a result of corporate mergers) then much as TPP was touted as a vehicle to increase exports from our “productive” farmers and ranchers, there is reason to doubt that the benefits would have actually flowed to them.

In a piece on J.D. Scholten’s efforts in Iowa, an interesting fact emerges.

Monsanto’s merger with Bayer capped off a run that saw the top seed producers shrink to just three, a circumstance that has tripled seed prices over the last 20 years.

This brings us back to a previous discussion about agriculture sourcing requirements in our trade agreements.  In order for exports of soybeans under TPP to qualify for duty-free treatment, the seeds must be from the TPP region.  Maybe that makes sense.  Maybe that’s the right rule.  But if it’s true, then it’s easy to see how farmers don’t necessarily reap the benefits of these trade deals.  If they have to use these seeds to export their crops duty-free, and they’re gouged on the price of the seeds, then the question becomes: what profits do farmers actually make on these exports?  Or do the profits flow back to the Monsantos of the world?

Does anyone know the answer?  Has anyone asked the question?

If it’s true that farmers don’t really profit from trade the way the export statistics imply they should, then there is a disturbing irony.  Farmers are used to sell agreements where the rules favor American agriculture and disfavor American manufacturing.  But what if neither farmers nor manufacturing workers reap the benefits? That’s not robbing Peter to pay Paul – that’s robbing Peter and Paul.