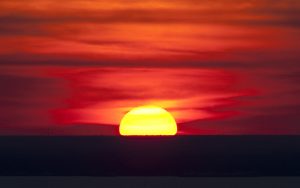 NAFTA 2.0 includes what many consider a novel provision:  a sunset clause.  That is, the agreement will terminate in 16 years unless all three parties agree to extend it.

When the United States first proposed the concept of a sunset for the agreement, the reaction was to treat it akin to heresy.  A disagreement between President Trump and Prime Minister Trudeau on the sunset issue was apparently one of the motivations for the insulting tweetstorm delivered at the end of the G-7 summit this past summer.  The sunset clause has been controversial.

But there is nothing particularly novel about it.  The United States has sunset clauses in some of its programs that provide one-way benefits for developing countries.  One such program is the African Growth and Opportunity Act (AGOA), which was most recently renewed in 2015.  There were arguments to renew the program for 15 years, so that businesses could have reasonable confidence that they would recoup whatever investments they made pursuant to AGOA.  But it was Republicans who wanted a shorter window so that the program could be reviewed and modified as needed.  Senate Republicans wanted five years; the final legislation settled on ten.

The House Ways and Means Committee report, and its Chairman at the time, explained the importance of having the opportunity to review and modify AGOA:

As part of its oversight function, the  Committee has conducted a thorough process of reviewing AGOA legislation and consulting with interested stakeholders about the possibility of extending and renewing AGOA. This process includes congressional hearings, participation in AGOA Forum meetings by Committee Members and staff, informal consultations with interested stakeholders including the African diplomatic corps and senior African officials, as well as studies from the International Trade Commission and the General Accountability  Office. All of these efforts have informed the Committee’s development of this legislation and confirmed the need to extend AGOA for another ten years.

Why should Congress not want the same opportunity in connection with a reciprocal trade agreement? Claims of the need for “certainty” apply to both, equally – or they don’t apply to both, equally.  The business community didn’t push for a permanent AGOA program to recoup its investment; it pushed for 10 to 15 years.  The fact that AGOA provides one-way preferences and NAFTA is reciprocal isn’t germane, either to the time period business needs to recoup its investment, nor to the oversight described in the Committee report.

The main reason a sunset provision is important is that our thinking evolves.  Principles that seem self-evident today are viewed as ill-conceived in hindsight. Take capital flows, which this blog discussed here:  at one point, we thought restricting capital flows was such terrible policy that our trade agreements should prohibit it, and so we did, in our agreement with Korea. And then the financial crisis happened, and we were reminded that capital constraints are sometimes critical policy tools that save economies.  So TPP made it clear that yes, parties can in fact use capital controls to save their economies.

And sometimes our predictions fail.  Badly.

Trade agreements have, to date, essentially been permanent.  It took the threat of a U.S. withdrawal from NAFTA to force a meaningful renegotiation.  Ironically, the more Canada and Mexico balked at the renegotiation (the Canadians were more reluctant than the Mexicans, canoodling with Congressional leadership to wait the Administration out until Steve Scalise signaled leadership’s change in tack) the more they bolstered the argument that such clauses are necessary in order to generate an earnest review of the terms of the deal.

Given the number of mistakes we’ve made, born of excess confidence in the certainty of current thinking – which becomes dated thinking faster than we’d like to admit – it’s just common sense to reevaluate the terms of the deal.

And if the past 18 months tell us anything, that kind of reevaluation won’t happen unless it’s required.