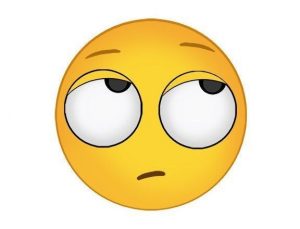 The conventional wisdom on trade, which typically emanates from K Street, is generally long on being conventional, and short on being wise. Today’s version is the meme that Democratic demands on NAFTA 2.0 are just politickin’ to deny Trump a victory.

How about a few facts, and then we can reevaluate that line of thinking.

#1: Democrats’ concerns around TPP, to which Mexico and Canada are a party, included:

Not surprisingly, Democrats have raised these same issues throughout the NAFTA renegotiation.

(And of course Canada and Mexico eventually suspended the biologics provisions of the TPP.)

#3: The United States, Canada, and Mexico chose to sign an agreement on November 30, 2018, just weeks after Democrats won the election. Recognizing these results, the parties could, of course, have negotiated the issues they knew were important to Democrats — the incoming Majority — and then signed the agreement.  But they didn’t.

#4:  Democrats’ demands in the new NAFTA still are:

As a matter of fact, I said as much here:

“All of these issues have to be renegotiated,” she said during the event, pointing to enforcement, labor, environment and biologics concerns. “Democrats believe they won the House based on health care, so if you don’t take the biologics stuff seriously that is a big deal.”

That was in May. May! May was also when Chairman Blumenauer held a hearing on NAFTA enforcement, with a panel that included labor and environmental experts. And then he held a hearing specifically on Mexico’s labor reforms the next month.

In the interim, there’s been a whole bunch of chatter about how you can’t reopen a signed deal. In case anyone forgot, the last time Nancy Pelosi became Speaker, Democrats renegotiated four – FOUR – trade agreements that had already been signed.  What were the areas of concern then?

That Dems would insist on changes — and changes in these specific areas — is obvious to anyone other than Rip Van Winkle.

So this is playing politics how, exactly?  Perhaps if there had been more willingness to play ball starting back in May, more progress would have been made in resolving these issues, and we wouldn’t be reading press reports as recently as Monday that “Specifics about labor rules, cross-border pollution and pharmaceuticals are among the outstanding matters.”

If Democrats really wanted to be aggressive – especially in light of the surging movement around making capitalism more inclusive — here are some ideas that would start to root out the deep-seated ways these agreements promote returns to capital at the expense of other stakeholders:

And here’s a new one (new to me, anyway):  the agreement among Iceland, Switzerland, Liechtenstein, and Norway includes an environmental safeguard. You can impose duties for environmental reasons!

Famines, Gluts, and Free Trade
April 29, 2020
Joe Biden Wants to Be One of the Most Progressive Presidents Since FDR.
Here’s What That Means for Trade.
April 21, 2020
Recent Blog Posts
Go to Top